After my brief 5 ½ year tour in the US Air Force, I accompanied my military wife and children to Okinawa Japan. I spent most of those five years learning the nuances of conflict and cooperation between two radically different cultures. Within broadly defined Occidental and Oriental polarities, subtle hostilities disturbed the undercurrents of civilized interaction.

Ethnic strife between the Mainland Japanese who reigned superior over their multiracial cousins to the south had nearly eliminated the Okinawan dialect. On the Western front, ideological dissent among U.S. military branches confounded the coordinated strategy designed to maintain peace in the arena.

As I absorbed the conflict-generating factors of Japan’s tropical paradise, my awareness of human similarities increased, as well. I began to recognize the facial features of my family members in the faces of the Okinawan citizens. This connection between ethnically contrasted cultures spurred an epiphany— people are all the same.

Murder on the East China Sea’s literary journey followed the first novel’s genesis in an odd way. Foundational components percolated inside my skull. Eventually, a story of how Connor’s family tragedy set his sleuthing in motion would brew out of this steamy cerebral beverage. Which is a bit of a non-sequitur.

You may have guessed that the conflict-generating factors along with an awareness of human similarities fail to make a story. These bits created empathy and understanding—a root in the tree of story. While foundational to the writing process, they don’t cause conflict. In fact, they tend to reduce it. Making a story about family tragedy requires some understanding of family tragedy.

Growing up in the wild west by parents raised in the wild west is like being raised by wolves. Hunger trumps nurture every time. The dyad that reared me came with their own set of needs. I perceived their struggle for survival as betrayal. Lack of attention to my needs and excessive concern for their particular and individual pain resulted in losses I cannot replace.

This is the cycle of life. Family members hurt one another. Sometimes intentionally. Often accidentally. Connor Pierce was birthed out of the ash heap of my personal experience of neglect. The wounds Connor’s father, Dixon Pierce, caused were both selfish and selfless—at least in the mind of Dixon. This is how heroes are made. (I mean Connor, not myself. I’m just a guy who makes up heroes.)

Miles City, Montana is my birthplace. My hometown. Once called the Cow Capital of the West. So I’ve been told. But growing up within the walls of a reality makes it difficult to see its sum. A desire to understand Miles and dig into its roots played a greater role in choosing it for my setting than its familiarity. That’s how I choose to believe, anyway.

Sometimes I ponder rewriting my first book, Murder of the Prodigal Father, to include much more of the Wild, Wild Western adventure that percolates below the surface of the oft brevetted General Nelson A. Miles’s namesake. I think that will wait for another time. Once I’ve grown a little more myself. 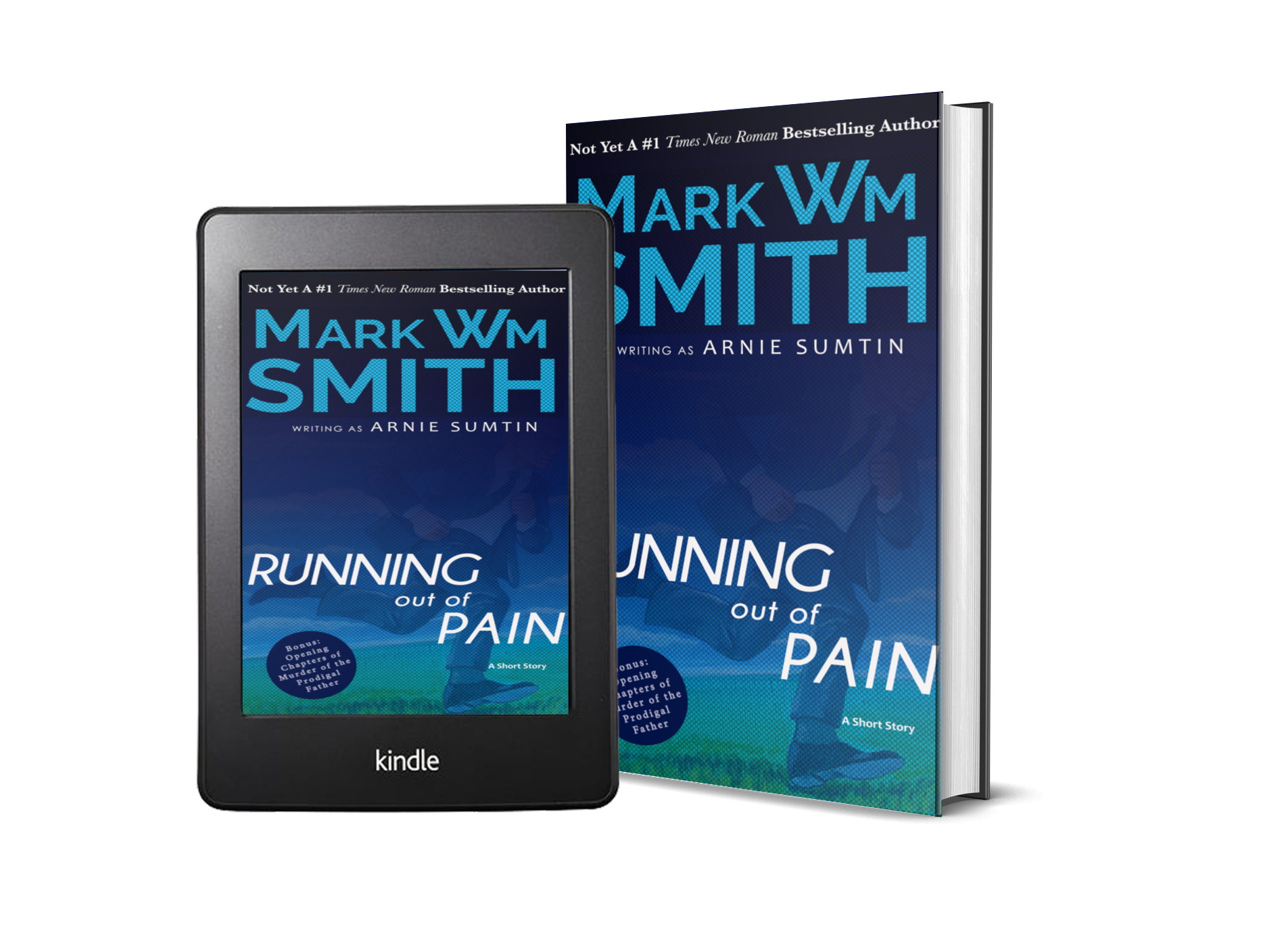 Get a free crime short story. Be the first to find out about mystery & suspense giveaways.

On occasion, Mark lived down the street from the last whorehouse in the West, spit dust from the end of a trail drive and stood beside the hardened lawmen facing down anarchist rebels.

Running Out of Pain is FREE

Abelard Rahn is on a wild ride toward... an early death if he's not careful.

Get Your Free Copy of this suspenseful short story.

You're In! Enjoy the Read!